Astragalus exscapus, the stalkless tragacanth, which is only found today in the Valais in Switzerland in a few sometimes very small populations, was mentioned here seven years ago. At that time it was reported that this herb, which is inconspicuous to hikers and forest workers, is considered by the ecological guild to be an important indicator plant for the species-rich steppe grasslands which populated large parts of Central Europe during the last Ice Age, about 15,000 years ago. Because Astragalus exscapus still grows in the company of these species, the populations scattered in protected areas today are said to be relics that survived the last ice age.

The plant is enjoying growing demand in anthroposophically advanced medicine, where it is used to treat asthma and borreliosis, among other things. In order to ensure a sustainable harvest, we have pursued a project over several years to support a small population in the wild in the Valais with young plants grown from native seeds. However, these efforts have not led to improved harvesting opportunities.

Germination rates were around 25%, even though we scratched each seed individually. Young plant mortality was high, growth was extremely slow and very few plants were fit enough to develop vigorously on the natural site.  For years we attributed these difficulties to a lack of understanding of the plant and its needs. Finally, we learned that high inbreeding coefficients were found in very old and rather small populations in Switzerland, which could explain all the problems mentioned. Therefore, in 2017 we started to cultivate Astragalus exscapus far from the wild habitat, with seeds from the Balkan Mountains.

The marked differences in growth between the two seed origins, Switzerland and Bulgaria, under the same cultivation conditions showed that both the low germination rates and the sluggish growth were largely genetic. In 2017, 12.5 % of the seeds from the Valais germinated, compared to about 70 % of the Bulgarian seeds. To imitate the aridity of natural sites, the seeds were planted in tunnels and watered very rarely. The majority of the plants of Bulgarian origin developed extremely vigorously. They formed a dense stand except for a few spots and only a few died after planting. Numerous plants even came to flower in the first year of vegetation. During an inspection, we dug up a plant and found very impressive root development after only eight months of growth (see picture above).

In the second year of vegetation the plants already started to flower in March. From June on, seeds ripened and some leaves yellowed. At the same time, new shoots were formed and in July flowering started again. Throughout the summer, pods with seeds ripened. Only occasionally were ripe, yellowed pods harvested and many sprang up and fell to the ground. Nevertheless, more than 2 kg of pods were collected. The ripening of seeds was always connected with the yellowing and dying of leaves but the plants formed new shoots several times from the root head. After a short break, many plants even started flowering again in September.

It has been shown that Astragalus exscapus has the ability to keep vegetative and generative processes alive from the power of the root and to use them for organ formation. Individual plants can live for over 20 years. Like a kind of underground tree trunk, the strong root seems to enable a persistent rhythmic life, which is oriented towards the seasons between new shoots and death.

We hope that the culture can be established sustainably over several years! 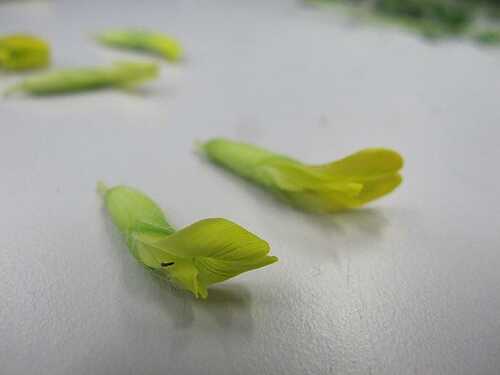 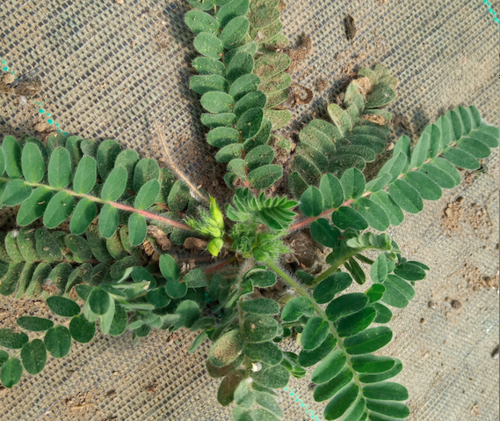 Astragalus from the Valais 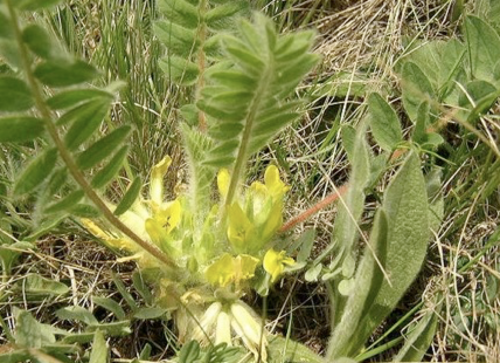