A supplementary project to the project "Understanding quantum physics". Next to the photo effect, line spectra of incandescent gases are among the most important phenomena that have led to the development of quantum physics. The observation of discrete spectral lines of hydrogen was used by Niels Bohr to formulate his model of the atom and thus to postulate, ad hoc, discrete energy states in the atom.

In this project we are trying to put the argumentation back "on its feet" by not making the model of the atom a precondition for explaining the phenomena, or using it as a tool. On the contrary, we aim to clarify the particular phenomena and experimental results themselves as a precondition for the setting up of quantum hypotheses.

Central to this is the carrying out of an experiment in which an emission phenomenon (temperature radiation), to be understood in a more or less classical way, is carried over into an emission to be understood quantum mechanically (low-pressure gas discharge, i.e. line spectrum) – and vice versa. The design is intended to enable this transition to be continuous. We hope that in this experiment we can demonstrate that the transition from the realm of classical physics to the realm of quantum physics does not have to be understood as discrete. 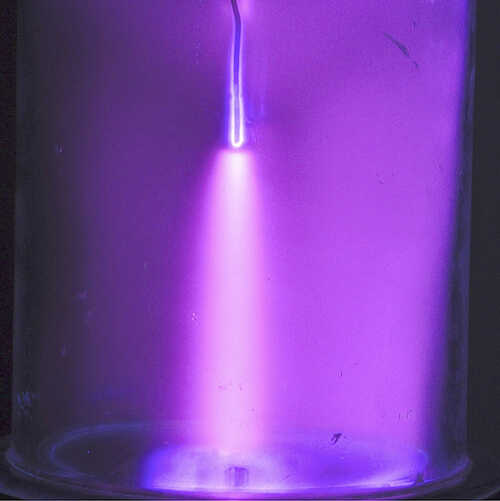